In quite a lot of ‘FIRE’ blogs and articles there is a general theme, not of frugality, but of taking the time to actually consider the cost and value of a purchase.

FiRE after all, is not about living in a caravan on bread & jam at the age of 30, but of slowing down or stopping paid work to enjoy life. It was not until I took the time to really look at what my wife and I spent our money on did we realise just how much goes simply because we never stopped to consider alternates – life was too busy – all now, now, now.

I wrote a little while ago about my car and looking to changing it. It is not that there is anything wrong with it, but it is now what, almost 6 years old. In taking more time I not only can achieve better value, but also it is less waste as I am changing less and getting more value out of it.

In a similar way, I have been looking to change my phone. It is almost 4 years old and the real problem is it was getting slower (seems it is not just Apple phones that ‘slow down’) and has had 2 new batteries as it looses charge too quick to last a day. It could not cope with an evening of use. So however much I did like my Samsung Galaxy S6, it was time to change it.

I have been a big Samsung fan for years – 3 tablets and 5 phones between the two of us over the last 10 years. I have also been with the same mobile provider for more than 20 years (O2).

Why change. All worked, good support for the most part, solid phones with a decent camera. We all live by such convenience that at times I don’t think we really look at alternates.

The next phone of choice would be the Samsung Galaxy S10. As I write the price has dropped to about £800 but when I was looking in August it was around £1,000 … a grand for a phone that did not do a lot more than my current phone except be full of bloatwear and have a slightly better camera.

I baulked … could not justify this to myself …. and yet, had I been still working would just have gone and got it.

Now though … I have real time to think and consider !

So back to the story ….. I was on a band trip to play at the 75th anniversary of the Arnhem Drop (people may remember the film ‘A Bridge too Far’ based on it). Very moving and what a day, 1,500 dropped at the main site through the event from waves of aircraft and almost 200,000 people were there.

Anyway, one of my friends showed me his Chinese phone. Yeah right … I said (forgetting about the fact that most of our consumer electronics comes from China now anyway). So his ‘Mi-phone’ from a company called Xiaomi was nothing I had heard of. I was pretty impressed with it. I looked up some reviews and in the end decided on a couple of possible options, but there was no way I would order one without seeing it.

As luck would have it the have a shop in London at Shepherds Bush and I go to London at least once a month for one of the voluntary things I do now in retirement. So off I toddled by tube and had a chat and play with a nice young chap who moved around on their equivalent of a segway … pretty neat it was too.

Took away some info and then did a bit more reading. Back a couple of weeks later and although they did not have the colour I wanted, as it would be in a case I really did not mind.

Now for the kicker … my brand new Mi-0T-Pro cost £399 ….. rather less than the near grand to by an S10 but having as far as I need, the same capability as far as I could see. Now Samsung do great phone camera’s so I was keen to try the three internal cameras out in a side by side with my S6…. yes there are some subtle differences, but there are some big plus’s too so overall, it is perfectly fine for me. 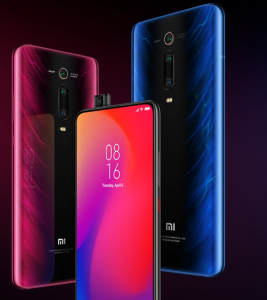 Now my savings did not stop there. My friend was also on GiffGaff network. I really baulked at changing, but then find that GG run entirely on the O2 network did surprise me.

My current tariff was about £16 pcm giving me 2G data and unlimited calls/texts. I was extremely irritated in September when unusually I ran out of data while away and had to pay a lump for 500M bolt on. Considering the last time I used the 2G allowance was more than 2 years before I did rather feel a bit pee-ed off.

Now for the kicker. For £8 pcm (half the O2 price on the same network) I get 2G data, unlimited texts and 500 mins of calls. For #10 its 6G data and unlimited everything else. As I again have never used the 500m of calls in recent memory, I just opted for the #8 but can convert/upgrade a month at a time if I feel like it – the online portal is clear, simple and flexible.

So… I have a phone doing everything I wanted for at least 50% less than what I would have changed to, and monthly costs of 50% less than I did have.

Note: I make no consumer recommendation … just describing my journey and decisions. DYOR