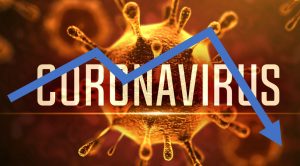 A good friend of mine regularly travels to China & India for his work (sales Director in an Automotive  parts company). His trip to China 12 days ago was cancelled for obvious reasons. I had a long chat with him over a pint one wet evening. Now normally, he is very optimistic and forward looking, but to say he would be very worried is a understatement.
In very short order China is grinding to a halt. He said 2 of his firms factories in China were essentially closed and if the virus lockdown carried on much longer there may well be layoffs. There is a knock on to their plants in India coming in all probability. The automotive supply sector carries high costs with fairly low margins, and runs on cash flow. A substantial slow or hit will stress some companies to the point of collapse (or at the least substantial re-structure).
What struck me was just how much of an impact we in ‘the west’ are not getting if this happens. I do wonder whether we are about to get a lesson in just how dependent on essentially one country we are economically.
I cannot see the Corona Virus ending quickly. It is accelerating across China and now looks like it may be about to take hold on a bigger scale in SE Asia. From there the USA and Europe will see a substantial increase in cases (and very sadly deaths).
Now we know there is an economic correction (market crash if you like) is coming. We know this for 3 reasons: Firstly, history repeats and bulls don’t last forever; Secondly, we have (and are still in) the longest bull in history – statistically we are overdue a correction; and Finally, large economic shocks tend to prompt big market corrections.
There is evidence around the net from various pundits that the UK market is ‘cheap’ the US market has a long way left, ra ra ra. Equally, there are the doomsayers banging the drum for a plague and pestilence with people jumping off buildings like in 1929. The truth as always will likely be on the spectrum somewhere between.
But a correction is definitely coming and normally we would not have an inkling when it will be or what will trigger it. Until thinking about this I had in my mind the spring of next year for no other real reason that it would be post US election.
On that last point above though. If this terrible virus carries on much longer and essentially keeps China on a lockdown, then the disruption to the western world’s supply chains and markets will not be insignicant. Personally, I don’t see how that could do anything other than provide the trigger to an economic shock. (I am being a tad cynical also, in that if there is a chance to crash about, markets will take this as they make as much money on the fall as the bull… very cynica I know).
So, we know a correction is coming (as history tells us it will happen) and we now have some evidence of what may well be a substantial trigger for it….. so it is a fair assumption to think that sometime in the next 6-9 months we could be in recession or at the very least take an economic hit.
Of course none of this could happen… but the assessment of risk is where we are at. Just considering what my friend was telling me right from the economic horses mouth makes me think the risk just got a lot larger and our collective media are either ignorant of it, stupid, lazy in reporting or a mixture of all three.
So what can I do as I am over the next few months about to setup large drawdown events and I don’t weant to be hit by a Sequence of Returns issue.
I am going to consider this over the next few days as I don’t have an answer !!