Earlier last year I took a first look at my thoughts on Bucket Lists. I kind of concluded that really Bucket Lists are part of a plan for life (or should be). As we pass into the new roaring 20’s, there is that tradition of a ‘New Years Resolution’ : This year I will loose weight, join a gym, walk up a mountain etc etc. Personally I have stuck to my last New Years pledge at the Millennium of ‘No more New Year Resolutions’.

But some friends have already told me some of theirs and I got thinking back to Bucket Lists, and really do they exist, or are we confusing multiple types of list.

How many times have we heard from a friend that such & such a hotel, restaurant or place was fantastic and we keep saying ‘must go there, do that’. If you are anything like me I never quite get round to making an actual list, a real plan.

We all have a familiarity with the concept of the Bucket List. There is a very enjoyable film staring Morgan Freeman and Jack Nicholson called ‘The Bucket List‘. But the problem with just adding continually is we never will do much of it, and I rather feel myself a bucket list has to have cause, meaning, purpose. Not just ‘that sounds a nice place or looks a lovely place to eat’.

Maybe what we need are multiple lists … jeez the very thought, but lets explore it for a bit.

How do we decide ?  So do we travel our thoughts ?  Maybe a couple of examples…

The worlds fastest zipline is over a quarry in Wales. It is possible to get to 120mph (cooooool !!). Is it a ‘must do’ before I die … no … but if I am ever in that neck of the woods and had a couple of hours I would love to get a ride …. so really, is not a Bucket List item .. but a Stuff to Draw on Item. 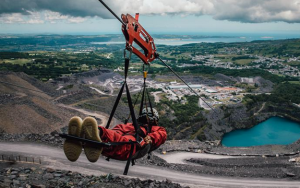 In the Bond film Skyfall, towards the end when nearing ‘Skyfall’ there is a drive though an amazing looking Glen. I have seen similar shots of it in other films. Is it a must see and drive before I die ? No … But should I find myself north of Loch Lomond on the way to Glencoe again, then a detour off the A82 would be a must. So it is is really a place to draw on if ever around. (if you want to find it).

About 16 years ago I took a Helicopter over the Grand Canyon .. just a must see bucket list place for everyone… honestly … it is breathtaking and with clear air a since of scale and distance is, how to put it, not what you think ! So I don’t need to do it again. Sure, If I get to that part of the USA again I would surely go (especially as digital camera’s are a lot better now).. so a ‘stuff to do if I get a chance’ kind of thing. But its the Grand Canyon, one of nature’s true wonders. How can I not desperately want to go back again ? About 25 years ago, my wife (long before we met) spent a night camping in the Canyon and watched the sunrise. Said it was one of the most spiritual experiences of her life. Now combining a ‘great to see again’ with sharing that with my lovely lady would be awesome .. one for the bucket list !

In the end, for me, bucket list stuff is about the icing on the cherry on the cake stuff … the true magic of the world. I have no desire to jump out of a perfectly flyable plane for example (had to nearly do it for real once so don’t want to go there flying a glider with severe control problems when I pulled off the tug), but there could be an occasion I would do it – like jumping from a DC-3.. maybe…. well … maybe.

I see people’s bucket lists of 100+ items/places/activities and wonder … really ! The more I think about it if I end uo with 10 items I would be doing very well. But things to draw from to create experiences, not easily I could have well over 100. Without even really thinking I could list of 50 places to visit and things to do…. if I just ended up being there or opportunity arose. For me, particular hotels, restaurants and even some events would be on the list.

But what about the other direction. We think about ‘must do’ or ‘must see’, or as I have put it ‘stuff to draw on’. But there are a fair few things I definitely don’t want to do, see or have anything to do with. A sort of ‘No-No List’ – the antithesis to a Bucket list

Can we link all this to our budget planning ? Not as daft as it sounds. I can hear the ‘well if you don’t have the money you can’t etc etc’, but actually we do like to plan ahead. People look at what they want to do over the next year (or even 2 or 3 years) and plan budgets accordingly. So the logical thing to me is a ‘Budget Downgrade-List’. The items in our budget we can reign in, put on hold or just stop if we have an economic shock.

Now on a roll lets look at another kind of list we could create: a ‘Re-Do’ list. Just because we have done something, seen somewhere, had an experience does not mean we would not want to do it again. For example, I gave up gliding 25 years ago (weather is not great in the UK for it and got fed up with landing out, although now there are great machines with simple electric sustainer motors like the LS8 e-neo… mmmhhh ). 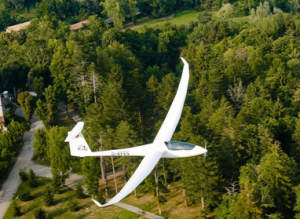 The LS8 e-neo with the Motor on

I always wanted to get in a glider again. Probably not to take it up, but just to see. Last August on my birthday I happened to be driving past my old gliding club at Husbands Bosworth. Nice (but flat) day so we parked up for a coffee and watched a few launches. Got chatting and suddenly I was strapped in again…. it all came flooding back (even some of the advanced thermalling techniques). It would not take a lot of refresher to solo and go off again. So that ‘Re-do’ has been done … but is now back on the ‘Re-do’ list …. it is fun 🙂

And to show how much fun … a couple a vids from a world class pilot. Stefan Langer posts amazing clips of his mountain and ridge flying and is just a joy to watch:

Amazing fling off the coast of Auckland

And landing in the wet in northern Italy

The most important list (for me anyway) is a ‘Draw-On List. I have scraps of paper, notes on text files, hyperlinks saved of all sorts of things. Places to see, things to do, events to go to … if every I am around their and get the chance. What I do not want to do is plan every day to the Nth degree and forever chance that ‘must-do’. Life is to be enjoyed, run run like an army parade square.