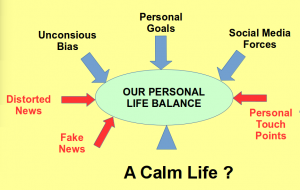 How Quickly can our Comments get us into Trouble ?

Want to see how quickly your life can unravel and crash then just look at Amy Cooper blatantly lying about racial abuse a few days ago in New York. Got fired from a highly paid finance job, life essentially in tatters.

(I have no sympathy having seen the video clip, she would have been very happy to have a totally innocent man arrested, prosecuted and maybe face jail time).

Go back into the world of business around 1991 and look at Gerald Ratner whose one comment on the ‘worth’ of trinkets sold in his low-end jewellery stores lost £500M in stock value 30 years ago. Basically his business was wiped out and he lost the lot having built it from practically nothing. When I did my MBA we reviewed this as an assignment and it was known in circles as ‘doing a Ratner’, meaning the one comment, email, or statement that utterly destroys the business model.

The online world is full of trolls pushing to find trigger points and garner a reaction,  but  just once in a while  the victim bites back. Lord McAlpine brought a group suit for libel and won. A malicious tweet was put out spouting slanderous lies … he went after a lot of people and made them pay. Many had simply re-tweeted what were lies, but as so many found, just ‘re-tweeting’ puts you in the frame from peddling fibs.

He made a lot pay and after costs gave it to charity (if I remember correctly).

Social Media is so full of pitfalls, holes and triggers I am amazed more people have not ended up in court. Perhaps it is the shear cost of bringing an action.

One careless comment really can bring a world of hurt down !

It is funny, but the rise of social media, sound bites, fake news and darned right malicious disinformation in the past 4-5 years has been almost an epidemic as bad as CV-19.

What was noticeable is that I had a week off Facebook and became so much calmer. In that week off the triggers faded, the need to constantly ‘check’ to see what was going on, the addiction …. all faded somewhat.

The constant dripping of memes, fake news, distortions and lack of balanced factual comment is very much framed like the advertising industry – to hit touch points and garner a reaction. They prey on the various unconscious biases we all have seeking to just push that little bit in a direction we really don’t want deep down to go.

You can see this as particular messages click and resonate – just watch the tidal wave of comments and anger.

Last year I attended a presentation by a coder in the games industry (a late 40’s ‘geek’ .. great and funny talk. He spoke about how they would issue changes and make two copies subtly different and see which one resonated more and made more money. They changes were embedded and off again. He spoke in great detail about how psychology was used to trigger behaviours and (purchase) actions. How does anyone think the advertising industry works – just put a message out and we go: ‘ thats nice I will get one’ !

Why do so many people think much on Social media is not framed the same way ?

We used to have in the UK an excellent news media that were investigative, balanced and looked to the general good of the nation. Now we have a bunch of howling banshees that seem incapable of balance, of fair reporting and lately seem to think they are the agenda. The UK does tend to follow the US in terms of media, tone, etc and so really perhaps I should not be surprised we seem to have moved to a very US-centric model, ie, polarised and pleasing no-one.

Well, my last article was bit of a reflection on how our personal home priorities (particularly around travel and holidays) and reflected on what Einstein said 100 years ago about living a ‘calmer life’. How we have really enjoyed a near daily walking locally round our village, of chatting to people and not being all hurried.

I wonder if I should either disable my facebook account, strip out a lot of feeds, so just log in once every few days or weeks ….

I am so fed up of the stress it seems to garner by hitting those touch points. Why can we not just be a lot nicer to people ?

Locally we have started sitting out at home or close by with neighbours we barely knew before (socially distanced of course) and having a beer, wine, something to eat and just chatting. The equivalent of ‘street parties’ has started and is regular all over our village now, neighbourhood bingo & quiz events. Groups have regular coffee-mornings on the drive. We thought we lived in a nice place but really, it is a lovely place with nice people (many of whom we were always too busy to just talk to).

In the end, one day, we may wake up and ask how we let our societies get into such a mess, with such intolerance, anger, polarisation, envy and swimming in lies & distortions.

I don’t know about anyone else, but I think social media has far too much unchecked and unaccountable influence on our collective lives and futures..

Luckily, within personal finance, FIRE etc, they have not yet started, but should they do, I fear a lot of fraud and people who are not really capable of managing complex finance getting stung.

In the 18 months or so I have really been following blogs, articles, different threads of information, I have learned an enormous amount not about how complex personal finance is, but how straightforward with the right information. It is one of the reasons I decided to scribble my two-penneth

KEEP UP THE WIDER FINANCIAL EDUCATION !